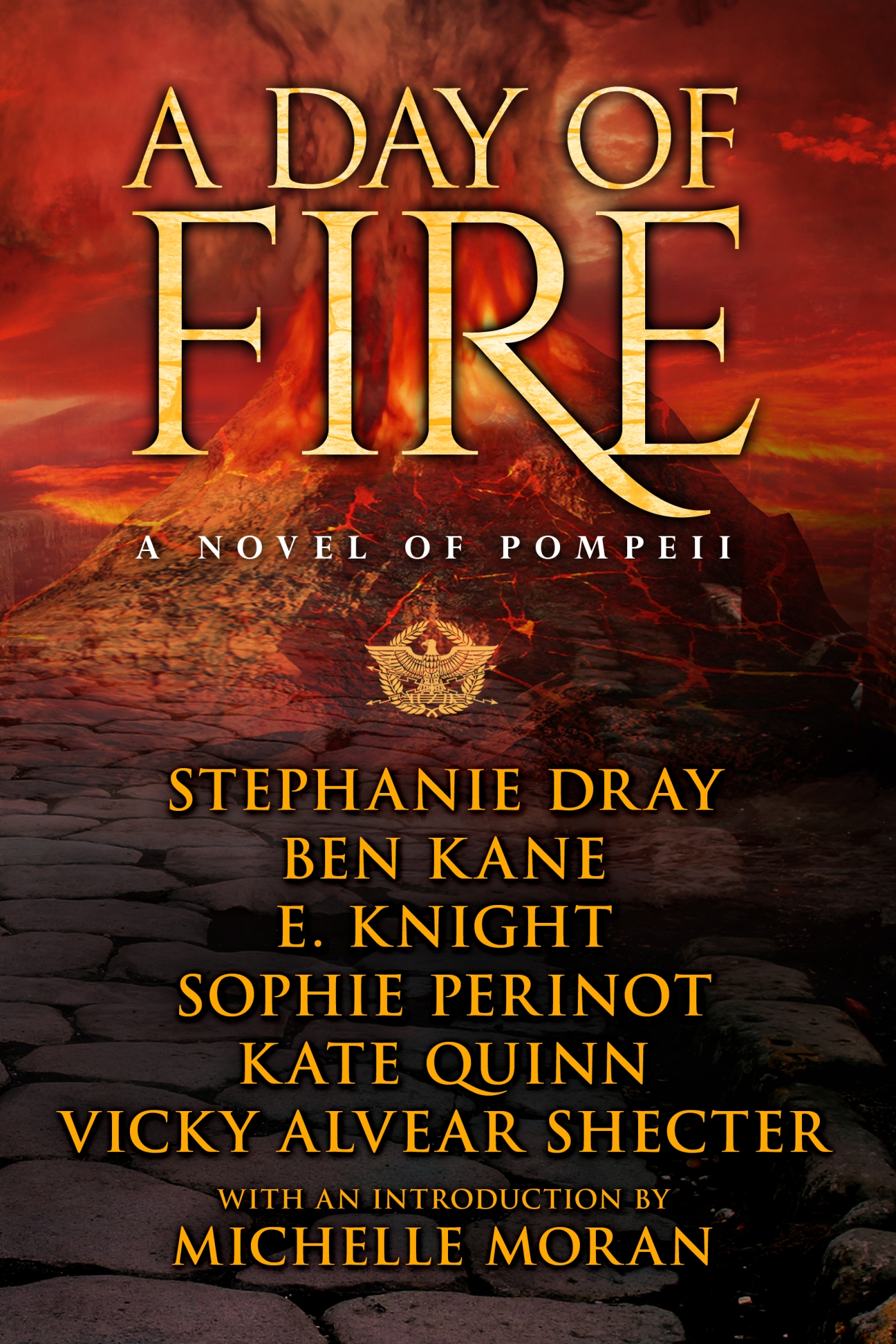 A Day of Fire review

by Steven A. McKay

It’s nice being a writer. Sometimes other writers ask you to read their book before it’s even been published which is a real privilege, especially when it’s Ben Kane doing the asking.

I’ve been a fan of Ben’s Roman novels for years now – I was even reading his Spartacus on my phone when I was in hospital last year waiting for my son to be born!

He’s been supportive of my own writing too so I was more than happy to take a look at A Day of Fire, the new novel he’s written in collaboration with five other hugely successful historical fiction authors.

I must admit I was a little apprehensive when I started the book. Of the six contributors, Ben was the only one I’d ever read before. And on top of that, the idea of a book written by so many different people seemed like it might be a disjointed affair, with varying styles clashing and no real sense of unity.

The first chapter/section, “The Son”, is written by Vicky Alvear Shecter and follows a young man learning about love and sex. I was drawn in immediately, despite the fact I wouldn’t normally choose to read about this kind of subject. The characters seemed real and it was a good way to start, with the suggestion of tremors just beginning to affect the city.

The second part, “The Heiress”, by Sophie Perinot, was similar to the first but this time we mostly follow a girl, with more lessons in love. Wait! If you’re like me, that sentence might have put you off, but you shouldn’t be. The tremors are growing and so is the tension. This is very powerful writing – in my notes I’ve put “10/10 – Excellent!” at the top of the page for this section. This isn’t your typical Mills & Boon romance, this is historical fiction at its very best.

Ben’s chapter, “The Soldier”, comes next and it’s a timely departure, taking us into the world of a retired old legionary who hopes his gladiator will win and earn him enough money to pay off his debtors. The focus here isn’t on the power of sex, it’s about money. There’s a very funny part which lightens the mood of the whole piece as things really start to get dangerous and people begin desperately trying to leave the doomed city.

Part four, “The Senator”, by Kate Quinn centres around someone ‘important’ for a change, and for all his wealth, power and influence he’s shown here to be just as inconsequential as everyone else in the face of the falling rocks and showering ash that’s drowning Pompeii. There is much horror, sadness and savagery in this piece but I still found it a strangely uplifting and hopeful chapter.

E. Knight’s penultimate section, “The Mother”, shows us a pregnant mother-to-be, trapped with the rest of her family as the volcano destroys their home and her baby tries to come to life in a city that’s destined to die. Despite the horribly depressing premise, the love and warmth of the interactions between the family members keeps things from becoming oppressive.

The last chapter, “The Whore”, is by Stephanie Dray and is a stunning, moving finale that closes things perfectly. We have two sisters trying to escape the dying city, helping those around them without even knowing at times why they’re doing it. As the end approaches, the fear and sense of futility is never far away, but when it finally comes the over-riding emotion isn’t despair, but HOPE.

I feel honoured to have been able to read this incredible book before almost everyone else.

It tells the tale of a truly momentous historical event – one that we still talk about two-thousand years later. But here we see the people, feel their hopes, fears, dreams, regrets, lust and love. History is truly brought to life.

Yes, in places it’s sad and it’s a wonder that the whole thing isn’t overcome with the sense of depression, given the subject matter. As the city, and its populace, dies we see real human goodness at work as families and strangers come together to try and help one another and the reader is left, not with a sense of futility, but with a sense of hope.

I went into this expecting it to be alright, since Ben Kane was involved. In the end I found myself reading the most moving book I’ve read since I first read Jon Fowles The Magus almost a decade ago. Each one of these authors deserves a huge amount of praise for putting this impressive piece of art together. Do yourself a favour and pre-order this excellent book NOW!