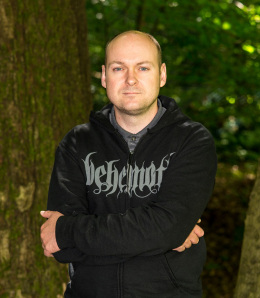 I’ve never told any of you about this before but…a few months ago I was contacted by one of the biggest film production companies in the world, asking about the rights for The Wolf and the Raven. I don’t think I’ve ever been so excited in my life. You can probably imagine the £££ signs flashing before my eyes as I imagined the possibilities, not to mention the idea of some of the best film-makers in the world working on MY book!
I exchanged a couple of emails with them and they said they’d get back to me once the producer finished the book but I’ve never heard anything since so I guess that’s it.
The thing is, it was a seriously major player in Hollywood – they’ve made some of the most iconic movies in the past 30 or 40 years. I could not believe it when I was reading their email to me, it was surreal.
Obviously it’s come to nothing but who knows, maybe one day they’ll come back to me… 🙂

In the meantime – who would YOU choose to play the characters in my novels? Here’s a page one of my readers set up, take a look and have some fun with it!

2 thoughts on “Hollywood interest in my books?!”