Today I’m pleased to introduce author Kate Quinn, who’s just released her new book, Lady of the Eternal City (my review of it will appear on Monday so look out for it!).

National bestselling author Kate Quinn returns with the long-awaited fourth volume in the Empress of Rome series, an unforgettable new tale of the politics, power, and passion that defined ancient Rome.

Elegant, secretive Sabina may be Empress of Rome, but she still stands poised on a knife’s edge. She must keep the peace between two deadly enemies: her husband Hadrian, Rome’s brilliant and sinister Emperor; and battered warrior Vix, who is her first love. But Sabina is guardian of a deadly secret: Vix’s beautiful son Antinous has become the Emperor’s latest obsession.

Empress and Emperor, father and son will spin in a deadly dance of passion, betrayal, conspiracy, and war. As tragedy sends Hadrian spiraling into madness, Vix and Sabina form a last desperate pact to save the Empire. But ultimately, the fate of Rome lies with an untried girl, a spirited redhead who may just be the next Lady of the Eternal City . . .

Hi Kate, thanks for chatting with me today. First of all, it’s a huge book! How long did it take you to write it?

Maybe a year? It’s all a blur. This was originally intended to be part and parcel of “Empress of the Seven Hills,” which covers the reign of Emperor Hadrian’s predecessor, Trajan. But I realized that there was no way so much history was going to fit in one book. Hadrian’s half of the history barely fit into this book.

The historical aspects are extremely impressive and are woven into the story with great skill so it doesn’t feel like a lecture. How much research did you have to do? What part of that did you enjoy the most?

I researched obsessively, Anthony Everitt’s superb biography of Hadrian being my primary Bible—I wore it to tatters like a child’s security blanket. Researching Hadrian’s reign was fun because of just how many dramatic real-life events happened to him: action-packed lion hunts, mysterious prophecies, assassination attempts, epic love affairs, nearly being struck by lightning while making sacrifice to the thunder god—I made none of those things up.

That brings me nicely to my next question: how much of the book is based on historical fact? Did you embellish much or add anything to make it a better story?

I flexed the ages of my younger characters to fit the story better—we have no birth date recorded for Annia Galeria Faustina the Younger, so I edged her birth up some years to suit the story, and I edged Marcus Aurelius back a bit to keep him more contemporary with her. Vix, my fictional Praetorian, is a composite of several real historical figures: Marcius Turbo whose incredible military career launched him from common legionary to Hadrian’s right-hand man, and his fellow Prefect who was fired for being “overly intimate” with Hadrian’s wife. What I did most often was fill in the spaces behind the (sometimes very sparse) facts. We know Empress Sabina was “overly intimate” with her Praetorian, but we don’t know what that meant or what really happened. Likewise, we know very little about the early years of Jewish rebel leader Simon Bar Kokhba. In both places, I let my imagination fill in the gaps.

Which character did you enjoy writing the most? Do you get attached to them and feel sad if anything bad happened?

I was very fond of Antinous, he of the beautiful face and the equally beautiful soul. He was a late addition to the book as a viewpoint character; I realized with the help of my critique partners that the story needed his voice, and I realized this about 6 weeks from my deadline. So I wrote all his scenes at once at a white heat, inserting them where they were needed, and his voice was warm and immediate in my head. Which hurt because from the very beginning, since I knew what was in store for the historical Antinous—and I grieved for him.

You did a good job with Hadrian who, at first, I thought was just going to be a complete loon but you gave him a lot of depth and it really made for a better read.

Thanks! Hadrian was a puzzling character, the most contradictory and frustrating historical figure I’ve ever researched. He’s like a handful of water to pin down; almost every character trait he had was bracketed by its direct opposite. He was a blood-lover with a merciful streak; a sybarite who loved roughing it; a religious cynic; a superstitious man of science; a military man and a classical scholar. I nearly tore out my hair trying to pinpoint his character, and I still have no idea if my version is any closer to the truth than anyone else’s! 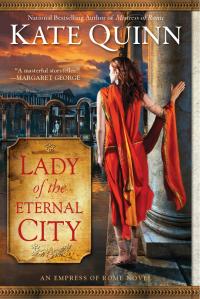 I must admit I was a little surprised at the Romans’ negative attitude towards homosexuality, given their love of Greek culture with its iconic figures like Alexander the Great. Indeed, Hadrian’s relationship with Antinous seems to mirror that of Alexander and Hephaistion.

Roman sexual mores seems homophobia-free at first look, but that isn’t really the case. Two men could only bed down respectably if one of them was either a slave, or if of the same social class, a teenage boy. Once Antinous passed into his twenties (which I conjecture he did, since his statues all show a mature young man and not a weedy teenager) he would have been held up to public scorn for taking the woman’s role in a relationship, even if that relationship was with the Emperor. And Hadrian was condemned as well, because his passion for Antinous crossed the bounds of what was considered seemly. Roman manhood stressed the need for gravitas and emotional restraint—for an emperor to show such uninhibited public passion for a concubine (of either sex) was seen as an embarrassment.

I couldn’t help noticing Annia was quite similar to another character from recent literature whose name also starts and end with an ‘A’… Did you have that in mind at all when you were writing?

No, but the comparison delights me because I’m a huge “Game of Thrones” fan, and I love Arya Stark. It’s hard to find a way to make a historical heroine a badass, given all the constraints on female behavior, but with the craze during Hadrian’s reign for all things Greek, I found a way for Annia to be a runner like the famed women of Sparta.

I first read your work in A Day of Fire which was a quite exceptional book. Ben Kane was one of your co-authors on that – do you have any plans to visit Hadrian’s Wall in period correct Roman garb with Ben in any future Romani Walks of his?

I’d snap up the offer in a heartbeat, since I do my best thinking on long walks. But what is correct period Roman garb for a Roman girl walking the wall? I’m no marathoner like Annia, and if I travel in the period style of any of my Empresses, I’ll need a litter and six strapping litter-bearers.

Not sure if Ben, Anthony Riches and Russell Whitfield (the other authors that did the Romani Walk in aid of Médecins Sans Frontières and Combat Stress) would be up for that to be honest! How is A Day of Fire doing though? I see it’s been shortlisted as one of the best indie books of 2014 in the forthcoming Historical Novel Society conference which must be a huge buzz for you.

It was! We’re all delighted. Thinking about doing another collaboration; we’ll see what happens.

What’s next for you? More historical fiction? Do you have any plans to try a different genre or a completely different time period?

I’ve already done a two-book branch-out into Renaissance Italy, with a duology about the Borgia family. I’ve got other ideas, maybe even something 20th century, but nothing’s certain yet!

Brilliant answers, thank you again for this Kate.

Now, check back here on Monday for my review of Lady of the Eternal City. In the meantime, you can find out more (or buy it!) here:

Buy LADY OF THE ETERNAL CITY