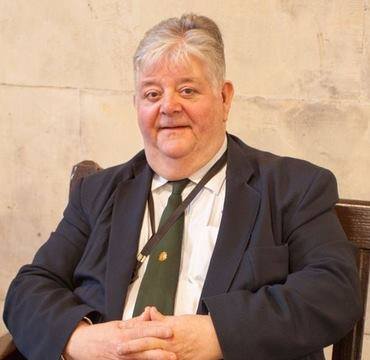 Yes, it’s true, the REAL Friar Tuck – Phil Rose from Robin of Sherwood – has written the foreword for my forthcoming novella, Friar Tuck and the Christmas Devil. To say I’m excited is an understatement!

Robin of Sherwood was produced by HTV and ran from 1984-1986, making huge stars of guys like Michael Praed, Jason Connery, Ray Winstone, Clive Mantle and, of course, Phil Rose. I’d never really watched the show until a few years ago when I checked it out to see if I could get any ideas for my own version of the Robin Hood legend. I loved it and bought the whole lot on DVD. The camaraderie of the actors shone through so well on the screen and I could see why it’s still loved by so many people around the world. Phil and the rest of the cast are reprising their roles for a new audio production called “The Knights of the Apocalypse” which has really caused great excitement for fans of the show.

When Phil heard about my novella (via his friend Carole Elizabeth Ballard, who runs his official Facebook page) he kindly offered to write a foreword and I’m very pleased to say he has come through. I’ve read it and it’s great. He will also, hopefully, read it for the audiobook version although Nick Ellsworth will narrate the rest of the story as usual.

Friar Tuck and the Christmas Devil will be available to pre-order – hopefully in ALL formats (Kindle, paperback and audio) on November 1st this year. Less than a month! Get your mulled wine ready!

7 thoughts on “Friar Tuck has written a foreword for my new novella!”