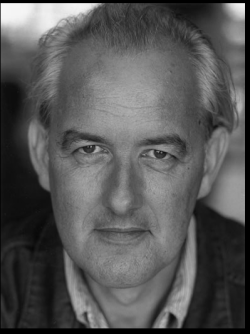 Rise of the Wolf is out NOW from Audible, so hopefully you haven’t used your monthly credit yet. It should also be available on iTunes soon. And that’s not all – Friar Tuck and the Christmas Devil is also available to pre-order from Audible, you’ll be able to listen to it on November 13th!

To celebrate, here’s a Q&A I did with my excellent narrator, Nick Ellsworth. Enjoy!

Collaborating with someone on a project has to work in more than just the obvious ways. Anyone that’s ever been in a band will know it doesn’t matter how good your music sounds if you just don’t get on with the other musicians!

I’d heard some horror stories when I first started looking for a narrator to produce Wolf’s Head so I was very pleased to find Nick Ellsworth. Someone who not only sounded great but completed the project quickly with very little input needed from me. He’s since produced all of my books (five so far) and has been a pleasure to work with each and every time. If you’re looking for someone to read your novel, check him out on the ACX website, but first, read this…

As an actor I’ve worked for the RoyalShakespeare Company, The Royal Court, Hampstead Theatre and various theatres up and down the country. I’ve done some TV stuff including a recent episode of The US series, ‘Bones”. As a young actor I had small parts in the movies, “The Spy Who Loved Me’ and ‘Force Ten From Navarone’.

What was your favourite job, ever?

Probably playing a despicable villain in a play called, ‘Heaven and Hell’.

What’s it like doing voice-over work compared to TV or film? Is there much difference?

Voice over work can be much more concentrated as the scripts tend to be much shorter than performing in TV or film, but voicing a TV commercial for example, you can spend up to an hour just working on a few words and getting it exactly how the client wants it.

When I’m writing a book I have a file with a list of characters and what they look like, height, hair colour, etc. Do you have similar audio files, with snippets of each voice you do for characters, so they’re consistent?

No, but if a character comes up again later on in a book or a later book in the same series, I’ll refer back to previous voice files to refresh my memory, regarding the voice I used.

Speaking of your accents – are you a Yorkshireman? You do a very convincing version of that one, almost as if it’s natural, which is, obviously, perfect for my books. One listener told me she thought your Yorkshire accent was sexy!

Well, I was born and brought up in N. Wales, but my family on my mother’s side are from the Manchester area, so I grew up around people with strong northern accents.

You’ve produced all of my books now, including the Xmas novella. Which did you enjoy narrating the most?

I’ve enjoyed reading all of them, but the last one, the Friar Tuck novella, I thought was totally captivating with its blend of religion, folk-lore, courage, humour and adventure. All set around the magical time of Christmas!

Who would you choose to narrate a book you’d written?

I really like Peter Firth’s voice, who was one of the leads in the spy series, ‘Spooks’. I think he has a great reading voice.

Of course you HAVE written books – my own daughter read one or two of them even before we started working together. Tell us a bit about them.

I’ve written picture books for very young children and short stories for older children. I’ve also written an anthology of bible stories and a re-telling of famous fairytales. You can find most of them on my Amazon homepage.

What future projects do you have lined up (until my final Forest Lord novel needs your talents)?

I’ve written a comedy series for radio which I’m trying to sell and have a booking for a radio commercial for the ‘Most Haunted’ TV series and am presenting an awards ceremony for the Heathrow Academy. Most excitingly, at the beginning of November I’m heading off to the US for 7 weeks. I’ll be visiting friends in LA and San Francisco, playing a little poker in Vegas, then shooting off to Washington DC to spend Christmas with my brother and his wife. Should be fun! (providing I don’t lose too much at the poker tables!)

Thanks for doing this interview, enjoy your Christmas!

One thought on “Q&A with my narrator Nick Ellsworth – James Bond and more!”