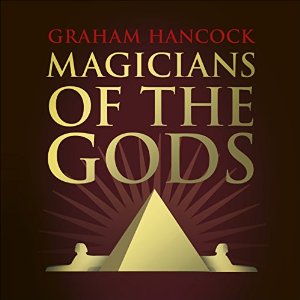 I listen to quite a lot of audiobooks nowadays, through the Audible app on my phone or tablet. I got into it when I had to proof-listen my own audio versions (read, of course, by the fantastic Nick Ellsworth) and it’s a great way to enjoy books you might not have time to physically read.

Here’s some short reviews of my most recent listens. Ben Kane’s Eagles At War is next up…

If you’ve read (or listened to) any of these let me know what you thought of them in the comments section, or email me via the CONTACT page!

Bernard Cornwell – Warriors of the Storm narrated by Matt Bates

Terry Pratchett – The Colour Of Magic narrated by Nigel Planer

I’d been quite interested in this whole myth, legend, whatever you want to call it, for a while now. For those
that don’t know, basically a group of pretty experienced and competent hikers went out climbing near Siberia
and didn’t return. They were found in various states of undress, all dead, having left their tent in a hurry.
But why?
Well, this book aims to explain it.
The narrator is quite good, although his voice can be a bit droning and ultimately it’s a short book. That
said, the main revelation, the reason why we’re listening to this, could fit in half an hour so the other 6
hours is basically the author’s tale of his journey retracing the hikers’ steps.
And it’s an interesting one, well told, really taking you along on the snowy ride with him.
His theory for what happened to the group makes perfect sense to me – better than UFO’s or Yetis or KGB agents
in my opinion. When you put yourself in their position and listen to what he thinks happened it really does
seem like he’s figured it out.

I managed to listen to this whole thing in one day, so that tells you two things: 1) it’s short and 2) it’s
compelling listening.

Warriors of the Storm 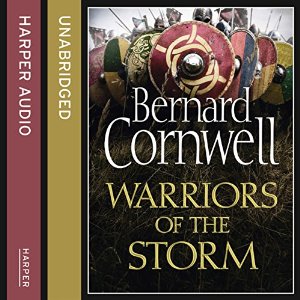 I personally believe this series has gone on for too long. It should have been tied up, with Uhtred retaking
Bebbanburg at least four books ago.
However, Cornwell is such a great writer that, although I feel the story overall isn’t as powerful as it could
have been in a shorter series, I still read or listen (as here) to each new book as soon as they come out!
The previous novel (Pagan Lord if I recall correctly) I felt was a bit meandering, and this one starts much
the same, with not a lot happening – certainly no blood or thunder – for a while, and I was starting to worry.
But it soon picks up and Uhtred heads off to Ireland and returns again, killing and mutilating lots of enemies
and even setting up a new king along the way.
The supporting characters, like his daughter and her husband, are great – just as blood-thirsty as Uhtred
himself, yet, like him, still likable!

It’s good stuff and the end suggests Bebbanburg may, finally, be the focus next time around.
I hope so.
The narrator isn’t as good as the guy that did Cornwell’s King Arthur series. I don’t know how old this fellow
is, but his VOICE makes him sound like he’s in his early-mid twenties. Since this story is told from Uhtred’s
point of view, and Uhtred is an older man, the whole thing just seems off. To his credit though, he reads well
and has a good range of accents, even if some of them don’t quite come off every time!

Overall, if you have enjoyed this series so far, you will like this one just as much, possibly even more than
some of them.
Bernard Cornwell really is a master of his trade!

Magicians of the Gods

I, of course, read Hancock’s earlier book, Fingerprints of the Gods, years ago and it led me onto his other
work and more by the likes of Robert Bauval, Graham Phillips, Christopher Dunn etc so I was interested to read
this one. Since I don’t have much time to read books these days I decided to try the audio version.
I’m glad I did, BUT, it must be said, audio for a book like this has its downside.
First of all, Graham has an entertaining, engaging voice. Yes, he has a slight accent, but who doesn’t? It
never once annoyed me and, overall, he reads excellently, with a passion and knowledge of the writing that
only the author could bring.
However, with a book like this I really like to a) see photos of the things being described and b) research
some of the places and themes that are covered.
With a physical book both of these are not a problem, but with audio there are no pictures and on more than
one occasion I had no idea how to research something Graham was talking about. These places are in foreign
lands, so the spelling isn’t always obvious and there’s stuff I’d like to have found out more about but I’ve
forgotten what they were now since listening to this while driving around at work made it impossible to take
notes!
Still, I got the overall gist of what the book was about and much of it was utterly captivating (that seed
bank hidden somewhere underground really captured my attention – I just wish I knew how to spell its name!).
In terms of value for money, this is a really long book so well worth your monthly credit.

These books sell millions, yet they’re still viewed by the mainstream as somehow crackpot, which probably puts
many people off them.

If you find yourself even remotely interested in the ideas in the book’s synopsis I recommend you give this a
listen. Maybe try and borrow a copy of the hardback from your local library though, so you can dig deeper
yourself!

The Wisdom of Near-Death Experiences 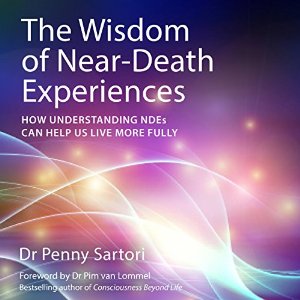 I had really high hopes for this when I started listening to it and I should stress I did enjoy listening to
it. But I felt there wasn’t enough science in it – it’s mostly anecdotal evidence and a lot of it is from
people who claim to be “psychic”.
I’d have liked to hear some hard facts about what the doctor’s research found but from what I can gather her
experiments didn’t really prove anything. The symbols she set up high so anyone in her ward experiencing an
NDE could see them were never seen. So you can take that as evidence of the NDE not being as real as its
claimed, can’t you…?
I expected to be convinced by this book but ultimately it just raised a lot of unanswered questions. If it’s a
REAL thing, why do cultural expectations play any part?
It IS worth a listen, and the narrator is quite good just don’t expect to embrace death after listening to it!

The Colour of Magic

Nigel Planer’s reading here is perfect, it literally had me laughing out loud on numerous occasions. His Hrun
(or whatever he’s called) is so funny I looked forward to that character appearing every time. Pratchett
really got off to an amazing start with this book, his writing really shines. I’ve read the paperback before,
of course, at least twice since I first discovered it back when I was a lad and this version brings it all to
life.
The one issue is the horrendous sound quality. I can only assume this was recorded back when the book first
came out, in the 80’s, and the production team used TDK D90’s to capture Planer’s voice. When transferring the
audio to digital for this version they must have played back that old cassette, recorded it on a potato and
uploaded it to Audible. It is really that bad.

HOWEVER, it does NOT ruin the overall experience that much and I still really recommend you buy this. It’s a
fantastic piece of escapism and I couldn’t wait to download the Light Fantastic and now, Sourcery, to enjoy
Rincewind’s adventures for as long as possible.
RIP Terry Pratchett, a true literary master.

I hope you give some of these books a try, and if you haven’t already dipped your toes in the world of audio, the Audible app is FREE and you also get to choose one (might even be two now) FREE audiobooks as a trial so there’s no reason not to give it a go.

All of my own books are also available from Audible and (I believe) on iTunes. If you’d like to know more about them please comment below or use the CONTACT button! 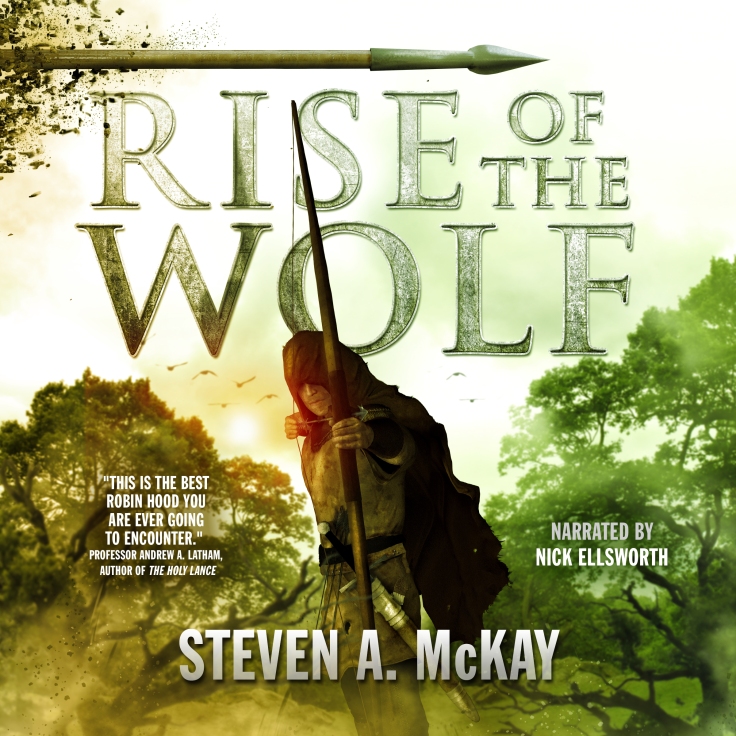