It doesn’t seem like that long since I last posted some reviews of my latest Audible purchases but here’s some more. If you don’t already have an Audible membership I can’t recommend it highly enough – you can get any of these (or any of mine!) for FREE with your month’s trial, and if you don’t think it’s for you after that, just cancel.

Elminster: The Making of a Mage

I enjoy fantasy books because they’re a true escape from reality, often with a light touch, and this is very much in that vein. I believe this is something of a classic in the Forgotten Realms universe but I’m not entirely sure why. Yes, it’s quite enjoyable, with lots of magic and revenge and elves and whatnot but…it’s disjointed and almost reads more like a game than a novel. I had no idea what was going on for much of it, but that wasn’t a problem as the same scenario seemed to play out more than once. Or maybe I just wasn’t paying enough attention.

Like all these Forgotten Realms/Dragonlance style books it’s quite twee and seems aimed at teenagers (and teenagers of the 80’s/90’s too) but there’s some sexual elements in this one that raised my eyebrows as they seemed totally out of place.

Overall it’s a decent listen despite the narrator sounding exactly like John Wayne in places, but I doubt if I’ll check out the rest of the series.

The Name of the Wind

Holy crap! This came out of nowhere for me. As I said, I enjoy fantasy but it’s often hard to find really good stuff in the genre as much of it’s very generic and apparently aimed at kids, but, I had a look on the internet and this book had a ton of recommendations. For one monthly credit the length is fantastic value for money so I had to give it a shot and, wow…I’m glad I did.

First off, as an author myself, I listened to this thinking, “Shit, I wish I could write things like that.” Little things here and there, phrases, lines, ideas that are so wonderfully written that it makes you wonder why you bother trying to compete! However, just to tone down the superlatives, I did think the story worked better when it wasn’t in flashback mode (as most of the book is).

That said, this may be the best book I’ve read/listened to in a while – I truly wanted to keep listening when it was time to switch off. The main character is a bit TOO amazing, with genius level skills at everything he tries, but hey, it’s fantasy and, as Dave Mustaine once said, the world needs a hero, right? His adventures are exciting and the cast of characters that fill out the world are interesting enough to make it all hang together.

A special word has to be said for the narrator, Rupert Degas. He uses different voices and accents for each character and they all sound fantastic, truly bringing the whole thing to life in a way I don’t think I’ve ever heard before in an audiobook. So not only do you have some seriously great writing, but maybe the best narrator around reading it!

I won’t say too much about the plot – it’s the old “young boy overcomes hardship to grow and become a great dude” kinda thing, with some magic and even a dragon of sorts. It could be listened to with children yet isn’t twee the way those Forgotten Realms books can sometimes be. There’s no swearing or sex and yet it still comes across as a proper “grown-up” book.

To sum up, I can’t recommend this one highly enough, it’s brilliant and serious value for money. 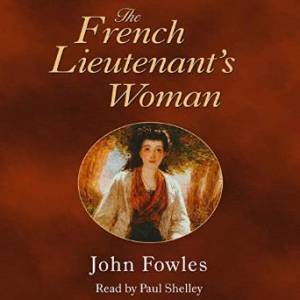 A strange one, this. Rather like the first time I ever read HP Lovecraft, I thought it was a big pile of crap and wondered what all the fuss was about. And then, days and weeks later, I found myself thinking about it fondly. Unfortunately, Fowles wasn’t as prolific as Rhode Island’s master of cosmic horror, so I can’t go back and immerse myself in his work the way I did with the Cthulu Mythos since I’ve already read it all (The Magus is one of the best books ever written in my opinion). But that’s how The French Lieutenant’s Woman affected me and it’s a sign of its quality and strange genius.

I suppose it could be called historical fiction but it’s not like anything Simon Scarrow, Bernard Cornwell or even I would come up with. Oh no, Fowles was never that straightforward. The main story here is traditional enough, I suppose, but the thing that jars throughout is the author commenting on what he’s writing and why and what he might have written instead, even the ending.

It’s bizarre, and it destroys any immersion the reader/listener might be feeling within the otherwise well constructed world.

However, like the previous review above, I found this book interesting from an author’s viewpoint. How many novels have you read in your life? Hundreds? Thousands? And pretty much every single one will follow the same template. That’s fine, and there’s a good reason for it: books are better when they follow that formula!

Yet The French Lieutenant’s Woman breaks from that norm and the author purposely intrudes just as you’re losing yourself in the story, not just once, but repeatedly. It’s a crazy way to write a book but I can only applaud Fowles for doing it. The guy wanted to be different from everyone else and he certainly was.

As usual, the ending isn’t what you’d expect or hope for, but anyone that’s read Fowles will already be expecting that and it’s another area where he differed from everyone else.

The narrator reads well and does a good job.

I can’t really sum this up because I’m not sure how I feel about it myself but I certainly recommend you read or listen to it. At least it’s not as horrible as The Collector…

This is the sequel to Azure Bonds, which I reviewed in a previous audiobook roundup. To be honest, it’s more of a psuedo-sequel as the main character from that one isn’t even in here. Instead, it follows a fringe character from the first book (a poor one too) and a halfling sidekick who was in Azure Bonds but again, in my opinion, isn’t a great creation. So, while the first book had some decent main characters, they’re out the window here. Now it’s a couple of un-heroic “heroes”, one of whom spends much of the book as a donkey, and an uninspired plot that doesn’t really go anywhere.

The writing is, as expected, twee. Don’t expect any tasty language here – no “For f**k’s sake, Tyrion!”, instead it’s “Oh, bother,” and the female narrator reads it as if reading to a three year-old.

Despite that, I’ve enjoyed it well enough. If you’re looking for something very light that doesn’t tax the brain, I suppose you could give this a go, but there’s much better out there and it’s not as good as its predecessor.

There’s a third book in the series, Song of the Saurials, but I don’t see how it can possibly tie up all the plot strands from the first two and, to be honest, I don’t know if I care enough to download it anyway.

Socrates: Philosophy In An Hour

As the title suggests, this is a short one. I don’t know the usual price, but I got it in a deal for about £1.99 and it was worth it. It’s not just a dry summing up of Socrates’s ideas – I actually laughed out loud in places. Keeble is a great narrator (he did a fine job on Cornwell’s King Arthur books) and the writing here is entertaining. It’s not the best book you’re ever going to read on the fabled philosopher, but it’s certainly worth a listen as it’s good fun.

I hope you try out some of these, particularly Name of the Wind (I’ve just spent this month’s credit on its sequel) and  don’t forget – all of my books are also available from Audible, brilliantly narrated by Nick Ellsworth!