I’ve been a fan of historical and fantasy fiction since I was a teenager so, when I got my own house as a nineteen-year-old  (twenty years ago) and I found a website called BattleOrders, I realised I could fulfil my fantasies and own all sorts of awesome swords and stuff. And at that time there were no legal restrictions, it was awesome!

I never really got into it much after that initial enthusiasm though, since I was just a young lad with a mortgage, then kids came along… I only have a small collection compared to guys like Ben Kane, Anthony Riches and Christian Cameron who you should badger to show you their stuff. It’s much better than my meagre lot. I’m quite sure many of you have lots of fantastic weapons and armour so please share it here with us!

The one thing I’d like to add would be a realistic replica of Dirty Harry’s .44 Magnum but that’s never going to happen in the UK. We’re not even allowed air guns over here which I have no argument with.

Sting was, of course, Bilbo’s sword which would glow blue when evil Orcs or Goblins were around and he passed it on to Frodo who carried it in the excellent films. Mine never glows but it is a really nice copy of the short sword you can see in those LotR movies. Most replicas I’ve come across have a dull edge to the blade but this thing is razor sharp! 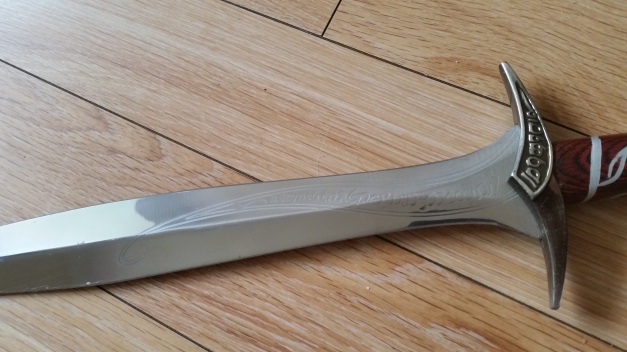 The Sword of the Witch King

This is the sword that belonged to the Lord of the Nazgul. This one is a massive piece, comes right up to my shoulders from memory. This was the first sword  I ever owned and my girlfriend (now wife) bought it for me. It’s an exact licensed replica of the one used in the LotR movies.

This is an exact replica of the real sword King Arthur was given by the Lady of the Lake.

Hahaha, nah, of course not, that would be ridiculous!

It’s an exact replica of the sword Arthur pulled from the stone around AD 480. 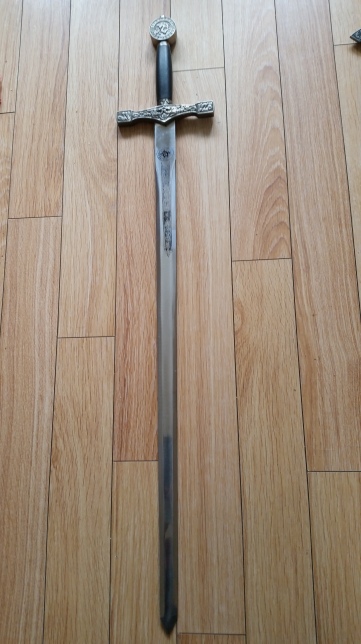 Let’s just head this one off at the pass: I’m not a neo-Nazi despite my shaved head. I’m just bald, and the Nazis were pure evil.

A real one of these would sell for a lot of money (Lemmy owned a few)  but this is quite a crude copy. I don’t even think they sell these in the UK any more, presumably because people found them offensive which is fair enough. It’s not something I’d display openly. I’m sure Battle Orders used to sell these with gold or silver trim and I just bought this silver one because it was really cheap. 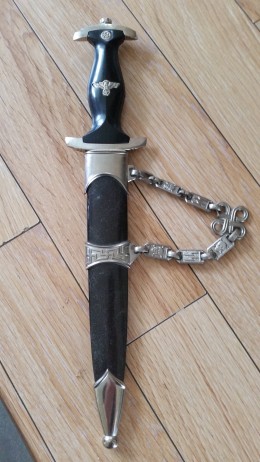 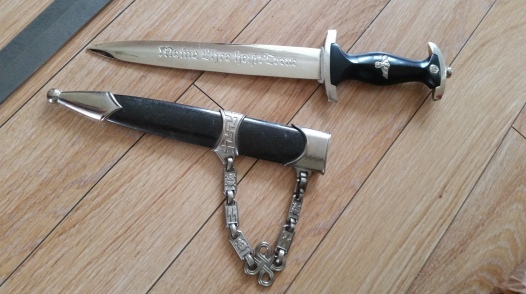 This thing was billed as a “Roman Senator’s dagger” but I don’t think that’s very accurate. It’s a nice little dagger that would do some real damage but I have no idea where the design might come from. Anyone got any ideas? Let me know! 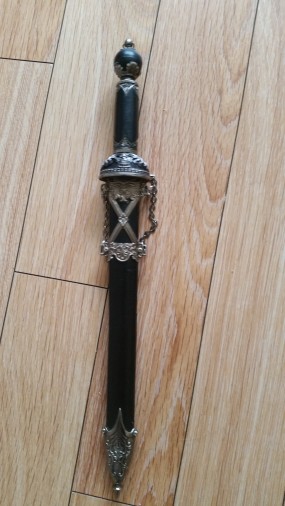 Now comes the favourite – and pointiest – part of my small collection!

My Jackson Kelly guitar alongside the medieval arrows my friend Chris Verwijmeren made for me. Look at the size of those things! Imagine one of them fired from a warbow, slamming into your chest….I have to say, the guitar is amazing too – Megadeth fans would love it. 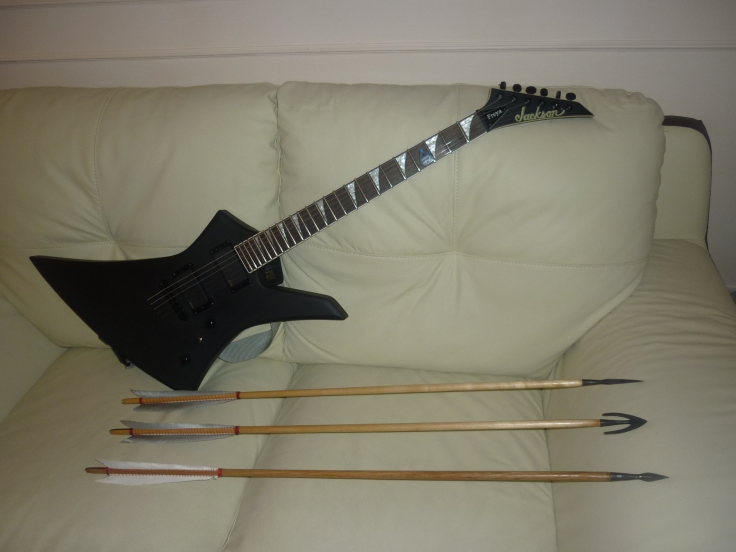 So, readers – do you have any weapons or armour? Are you a re-enactor with a load of nice kit? Share your links with us, either here in the comments or share your links to my Facebook page!

2 thoughts on “My small collection of historical and fantasy weaponry”