Okay, as you probably all know, I’ve finished off my Forest Lord series* and am now working on a new novel starring a warrior druid rampaging through post-Roman Britain. That will be the first in, I expect, a trilogy but who knows…?

Now, I remember writing my debut novel, Wolf’s Head, and wondering if I should leave in all the swearing. At that time I was particularly enjoying books by guys like Anthony Riches who uses the f-word rather a lot. It didn’t ruin the enjoyment of the story for me – quite the opposite in fact: it made the characters more realistic. I’ve spent a lot of time with groups of hard working class men and, trust me, swearing is very common. And the women often have even filthier mouths on them!

Anyway, I messaged Anthony on Facebook and asked his advice (he’s a very approachable guy as well as a great storyteller). He told me to do what I felt was right, not to make a decision on what I thought would sell or what anyone else might want.

So I left in the swearing, despite the fact my biggest influence was Bernard Cornwell who never uses the “harder” swear words like f**k or, God forbid, the dreaded C-word (I think I used that once in my entire series, to punctuate a particularly harrowing death scene).

Recently though, Amazon accepted a couple of my short tales into their Kindle Singles Program. I am really honoured to be in there (Friar Tuck and the Christmas Devil was the first, followed lately by “The Prisoner” and “The Escape”) but I started to wonder if maybe the audience for the Kindle Singles might be put off by the swearing. My Amazon contact thought I was probably right and so we agreed I’d take out the worst of the language. Anyone who read the original draft of “The Escape” which I gave away FREE to my Email List subscribers will see the difference in the version that’s now on sale as a Kindle Single. 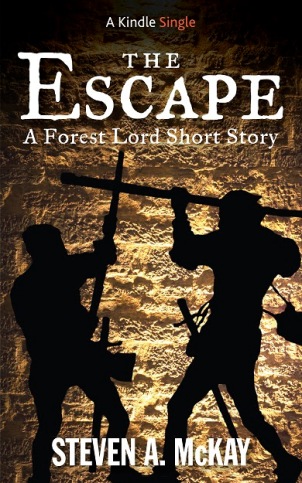 I didn’t really think toning down the language diluted the stories so I’ve stuck with it while writing the final Forest Lord novella, The Abbey of Death (publication date still to be announced).

The thing is, over the years, I’ve had a few 1-star reviews by people who say they liked my stories and characters but were so offended by the swearing that it ruined the whole thing for them. Now, my instinctive, defensive reaction to a review like that is to think, “Well, f**k you mate. Go and read a Hardy Boys story.”

But, is it really adding that much more to my books to have swearing in them? Like I say, Bernard Cornwell is the guy that made me want to write British historical fiction and the worst you’ll read in his books is a “turd” or “shit”. But his books, particularly the early Uhtred ones and the King Arthur trilogy, are fantastic and more than gritty enough.

I’m torn on this and I’d dearly like to hear your opinions on it.

Some people ARE turned off my books when they see the swearing and that’s the last thing I want. I want to reach the widest audience I possibly can and I want as many of them as possible to enjoy what they’re reading.

So – do you think my books would suffer if there were no f-bombs in them? Or would it not make much difference as long as the stories were good? 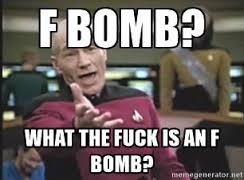 This is hugely important to me so do share your thoughts – you, the readers, are after all who I’m writing for…

*The Abbey of Death is all finished, just waiting to find out what will be happening with it but it should be published soon. I put a LOT of work into this and early indications suggest it’s been worth it. I hope you all LOVE what I’ve done with Will Scarlet!

36 thoughts on “The dreaded “F-word” in historical fiction – what’s your opinion on it?”