If you haven’t already got this one (FREE on Prime Reading UK and USA as well as on Kindle Unlimited) it’s now only 99p in the UK Kindle Monthly Deal. This is the ideal read for Easter – a tale of rebirth set in a Benedictine abbey!

He wanted to find peace in prayer, but some men serve God best with a sword in their hand.

Will Scaflock wants only to live in peace. He had more than his share of adventure when he went by the name Will Scarlet and fought corrupt authority alongside Robin Hood. Now widowed and alone, and estranged from his adult daughter, he has taken holy orders and sought refuge in a remote Benedictine abbey.

But even there, trouble and violence follow him. The abbot, John de Wystow, is a good man but a weak leader, and easily undermined by a faction of dissident monks. When the rebels, led by Brother Robert de Flexburgh, run riot in the local community—stealing, drinking, fornicating—Scaflock’s old instincts return. Reluctantly taking charge of the abbey’s moral defence, he finds himself embroiled in a series of fierce clashes with de Flexburgh’s rowdy gang.

As the abbey’s tranquillity is shattered, its cloisters stained with blood, Scaflock is forced to reconsider the direction of his life. Has he really left Will Scarlet behind him—or has he simply been running from reality? 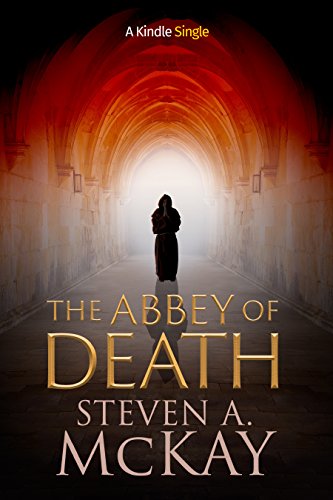